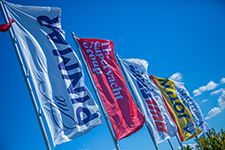 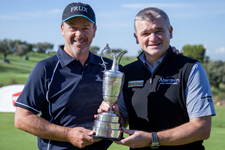 Thank you to all involved in the 29th Pinmar Golf for your great support and participation and also for your very kind response which makes all the effort very worthwhile. The Pinmar Golf has this year smashed all previous fundraising records and raised a colossal 101,316 euros for charity!

“This year’s event was bigger and more challenging to deliver than ever before,” said Andrew Clemence, Chief Commercial Officer for GYG plc. “We had 344 golfers, more than 100 sponsors and three separate parties to organise, with over 800 guests – altogether a huge undertaking. Thanks to a huge collaborative effort, we delivered on all fronts and the feedback from our guests, partners, sponsors and the trade media has thus far been extremely positive. The Pinmar Golf is established as one of the most important events in the yachting industry calendar, and the success of this year’s event will, I hope, further enhance Pinmar’s reputation.”

Whilst the weather on Thursday morning was decidedly challenging at Golf Son Gual, the 8am shotgun start was met with great enthusiasm and energy. Fortunately, it cleared up in the afternoon and by Friday Son Gual was bathed in Mallorca’s autumnal sunshine. Pinmar’s golf ambassador, pro golfer and 1999 Open champion Paul Lawrie OBE, was on hand to offer encouragement and advice and even brought along his replica Claret Jug which was the subject of many “selfies”. As in previous years, the strategically-placed wine and beer bars helped to kick-start charity fundraising to spectacular effect – more than 20,000 euros was taken on the course over the two-day golf tournament thanks to the fantastic support of the volunteer bar staff provided by the sponsors.

The inaugural Jotun ‘Recovery’ Brunch at the stunning El Náutico restaurant on Saturday morning was also well attended by senior industry figures and graced by the presence of both Paul Lawrie and the face of Sky Sports, Kirsty Gallacher, who had flown in to compere the Prize Giving and Gala Dinner. The first class brunch was washed down with a fair few “Bloody Mary’s” to the smooth sounds of the Puro Cubanos. It seems certain that the Recovery Brunch is destined to become a permanent fixture in the Pinmar Golf programme for years to come.

Of course, charity is the driving force behind The Pinmar Golf and, thanks to the Class of 2017’s generosity, a number of charities will reap vast benefits. Last year’s winners Zenobia had handpicked The Saïd Foundation which seeks to improve the life chances of young people through education and care, independent medical humanitarian organisation Médecins Sans Frontières, Liverpool-based homeless and housing charity The Whitechapel Centre and the Shambhala Fundacion which helps vulnerable young people in Mallorca. The Pinmar Golf Charities Fund will also support a mix of local Mallorcan and international beneficiaries including the relief effort in the Caribbean following Hurricanes Irma and Maria, and marine conservation projects - without which the superyacht industry has no future. 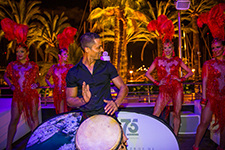 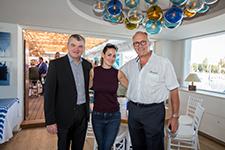 Son Gual Golf played host to the Pinmar Golf Tournament; a challenging course, and one of the most beautiful in Mallorca.

The exclusive Friday VIP Party hosted by Astilleros de Mallorca was held at Social Club on the Paseo Maritimo in Palma.

This year’s prize-giving, gala dinner and after-party all took place at the beautiful Son Amar theatre outside Palma. The evening started with cava and aperitifs on the terrace of the 16th century Mallorcan “finca” as the sun set and darkness fell guests were seated on the Royal Terrace for the prize giving – a real alfresco treat for late October.

Master of ceremonies Kirsty Gallacher was in her element as she controlled proceedings with stylish aplomb not least whilst interviewing Paul Lawrie OBE. Paul and Kirsty joined the Pinmar team and Antonella Donzelli from Akzo Nobel representing the night’s headline sponsor AWLGRIP, in the presenting of prizes. The crew of superyacht Zenobia won the coveted Pinmar Trophy for Best Yacht Nett - the first team to mount a successful defence of the title for more than 20 years.

The 800 guests were then treated to a stunning golf-inspired show featuring over 40 international artists who had flown in especially for the Pinmar show. After dinner and as the wine flowed the atmosphere grew when Kirsty retuned on stage accompanied by GYG directors Remy Millott and Rupert Savage to compere the charity raffle and live auction.

The spectacular finale to the evening was DJ Sister Bliss, the musical force behind Faithless. In a seamless transition from dinner-theatre to nightclub Sister Bliss had the entire audience on its feet (and the tables) while a Horizon Marine Electronics-sponsored chill out lounge provided the perfect flipside to the strobing lasers and pulsing beats. It was 6am before the last revellers headed homewards.

Sister Bliss commented of the occasion, “The Pinmar event team put on a brilliant night from start to finish, in a breath-taking venue, with an eclectic evening of world-class entertainment. It was a pleasure to work with such an efficient team, and play for such a welcoming audience.”

Kirsty was equally complimentary, “What a fantastic weekend and tournament! It was such a pleasure to join everyone at the 29th Annual Pinmar Golf Weekend. Congratulations to all of the winners and competitors.” 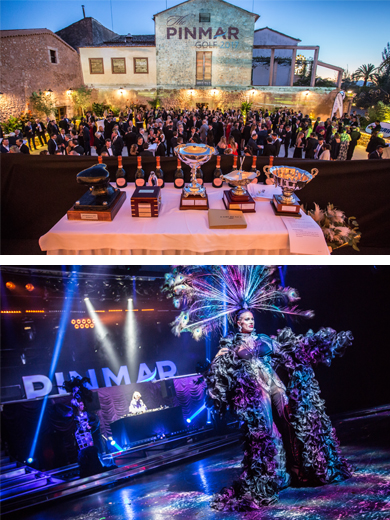 Final Countdown for The Pinmar Golf 2017

Superyacht News take a look at the highlights to be expected at this year's must-attend event.

This year, refit and repair hub Astilleros de Mallorca is sponsoring the Friday Night VIP Party at Palma’s all-new Social Club on the Paseo Marítimo, to celebrate their 75th anniversary with many clients and friends.

Awlgrip Sponsors its 18th Gala Dinner at The Pinmar Golf 2017

Leading supplier of superyacht coatings, Awlgrip, has lent its Condor Sponsorship to the Saturday night Prize-giving and Gala Dinner for an incredible 18 years. Jörg Hauer, Global Superyacht Key Account Manager for AkzoNobel, explains why the event is so important to Awlgrip.

Jotun serves up Brunch for The Pinmar Golf 2017

For this 29th edition they will be lending their name to a new addition to the programme, the Jotun ‘Recovery’ Brunch at El Náutico restaurant (Real Club Náutico, Palma), on the Saturday morning. 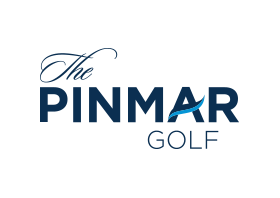 
We would like to invite all those who wish to enter a team for the 2019 event to fill in the application form, we will then confirm your eligibility before taking all the remaining details and arranging payment.